One Small Step for Mouse….

One Small Step for Mouse…. 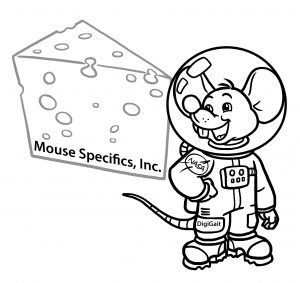 The mysteries and unknowns presented by space exploration may seem more hopeful than the ugliness and sorrows oft times thrust upon mankind’s earthbound shoulders and vulnerable hearts. Interest in space exploration is newly rocket-fueled. NASA continues to spend billions of dollars on space research, as private industry makes huge investments in safe travel to and from outer space. Besides the serious plans of Elon Musk to colonize Mars, companies such as SpaceX and Blue Origin are developing technologies to enable private human access to space. Blue Origin aims to take tourists to space by April 2019. Long-duration spaceflight results in musculoskeletal, cardiorespiratory, and sensorimotor problems, however, prevention and treatment of which need to be resolved for successful forays into space. Dr. Jeff Willey of Wake Forest School of Medicine has received NASA funding to study musculoskeletal changes in mice after long duration habitation on the International Space Station (ISS). The focus of the Jeff Willey Lab is to characterize the cause and extent of long-term musculoskeletal injuries caused by radiation therapy, a standard of care for numerous cancers.  As cancer survivorship improves, preventing late treatment-induced complications is becoming a great concern.  Severe musculoskeletal complications are among the most frequent occurring and severe of these late complications.  Space radiation and microgravity provide unique opportunities to develop cancer-treatment specific animal models, and test preventative measures that hopefully will translate to the clinic.

DigiGait is being used in NASA funded research to study the gait of adult male B6 mice pre-flight on earth, and upon return after more than a month aboard the ISS, to identify changes in strength, mobility, balance, and coordination. DigiGait is the preferred instrumentation to investigate the effects of spaceflight on gait because of the range of speeds and conditions [incline and decline] that the instrumentation provides. By studying the gait of the animals pre-flight and post-flight at the same speeds, differences in walking speed can be ruled out as confounders in the interpretation of the changes identified. It is known that reduced gravity has detrimental effects on muscle and skeleton. Gait analysis has of course been performed on astronauts after prolonged exposure to microgravity. But what is not yet known – new information that DigiGait can obtain from space lab models – is how prolonged space travel can affect subjects’ ability to walk, run, jump, and negotiate obstacles during locomotion. Twenty mice, central to the, launched aboard the SpaceX Dragon space craft at Kennedy Space Center August 14. A special Rodent Habitat housed the animals for 37 days under the watchful eye of ISS astronauts should interventions be required. All of the mice splashed down in the Pacific Ocean and arrived in apparent good health on September 18. DigiGait Imaging was commenced shortly after their return to Earth at Loma Linda University. Detailed study of their gait and multiple organ systems is ongoing.